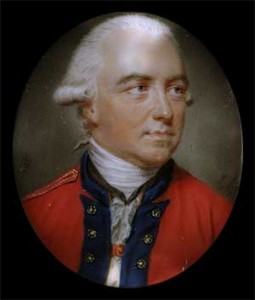 The original inhabitants of the Isle of Palms, which was first known as Hunting Island, were the Sewee Indians. The island was later named Long Island because of its elongated shape. The first man to own Long Island was an early settler from Barbados, Thomas Holton, who was granted title in 1696. Throughout the mid-18th century, Long Island remained virtually unknown, except for occasional hunting and fishing parties who landed on its sandy shores.

During the American Revolution, a force of 2,500 British troops led by Gen. Sir Henry Clinton landed on the north part of Long Island (now the 18th fairway of the Wild Dunes golf course). On the morning of June 10, 1766, the infantry troops attempted to cross Breach Inlet at low tide in order to wage a land attack on Fort Sullivan. The troops were not only unable to ford the treacherous currents of the inlet, but were met on the other side by Col. William Thompson’s American troops and a company of Catabwa Indians. The defeat of Clinton’s troops was an important contribution to Gen. William Moultrie’s defeat of the British fleet.

The first home to be built on Long Island, in 1897, belonged to the Nicholas Sotille family who used it as a summer residence. With no other form of transportation to the island, the Sotilles hired a row boat to cross Breach Inlet from Sullivan’s Island. Not long afterward, several more families built small houses on the island.

The years between 1898 and 1928 marked the development of “modern transportation” to the island by ferry boat and trolley car. The earliest trolleys, which ran only on Sullivan’s Island, were horse-drawn and ran on wooden rails that often shifted in the sand bed. The first active development of the island began when Dr. Joseph S. Lawrence named Long Island the “Isle of Palms” to attract tourists.

On July 28, 1898, the first passengers of the Charleston and Seashore Railroad Co. began their journey to the luxurious new sea resort. The passengers boarded the ferry boat /commodore Perry in Charleston at the foot of Cumberland Street, were met by a trolley car in Mt. Pleasant, and crossed nearly eight miles of railroad to get to the Isle of Palms. The train crossed Cove Inlet on a long trestle, proceeded on Sullivan’s Island along Middle Street past the Atlantic Beach Hotel, and finally crossed Breach Inlet onto the Isle of Palms.

Besides bathing, visitors to the Isle of Palms in the summer of 1906 and 1907 could take part in a day of racing, as the beach was sometimes used as a racetrack for the new “horseless carriages,” as automobiles were called. Driving on the beach was not outlawed until 1953.

In 1912, James Sotille began to operate the Isle of Palms as a resort. The resort’s popular Pavilion had private dining rooms on the second floor and a 400-foot dance hall with high ceilings, a smooth dance floor and windows open to the sea breezes on all three sides. The island also offered amusement rides, including a mechanically operated “Steeple Chase” race, and a Merry-Go-round. The famous ferris wheel on the Isle of Palms was visible on a clear day form the south end of High Battery in Charleston. The amusement ride was originally built for the Chicago’s World Fair in 1892 and was used by the Cotton Congress in Atlanta and Coney Island in New York before making the Isle of Palms its home.

The Isle of Palms Post Office opened Aug. 5, 1913, in Hudson’s Pavilion wher a few letters were brought in for distribution. The second post office, located on the ocean front, was run for 23 years by post Mistress Ruth Clump. After World War I, the Isle of Palms fell into financial difficulties after a decade of Prosperous enterprise, forcing the county sheriff to seize the ferry boats in compliance with a court order on Feb. 20, 1924.

In 1926, the Breach Inlet Bridge, a trolley trestle, was rebuilt to carry automobiles, making the island more accessible to a community of permanent residents. In 1929, the Grace Memorial Bridge over the Cooper River was opened and the ferry boat Lawrence was put out of service.

The years of the Depression halted many Isle of Palms seaside projects and, when the Isle of Palms, Inc. suffered financial difficulties, the Hardaway Contracting Company took it over and continued to develop the island for the next 10 years until 1944.

In 1938 the Inlet Inn Restaurant at Breach Inlet opened its kitchen. It was operated by Nell and Griffin Bunch from 1938 to 1940 and later operated by Jack and Carmen Bunch from 1945 to 1950. It was one of only two restaurants on the island during that period.

On Dec. 12, 1944, J.C. Long, a prominent Charleston attorney, bought 1,200 acres of the island from the Hardaway Contracting Company and began making extensive improvements to the island. Roads were constructed and improved, and a massive building project was launched. Within five years, the small summer resort island of 100 homes developed into a community of 375 homes, about 250 of those year-round residents.

In 1945, the Ben Sawyer Bridge from Mt. Pleasant to Sullivan’s Island was opened to automobiles, making transportation to the Isle of Palms much more expeditious.

Following World War II, the Beach Company (presided over by president and principal owner J.C. Long) began developing the island in earnest. Before construction of new homes could begin, sand dunes, (some 30 feet high) had to be leveled. White still under wartime restriction in 1945, the dunes were removed by mule-pulled scoops. After restrictions were lifted, work resumed with bulldozers. The Beach Company not only built all of the homes on the island during those early years, but also provided such necessary services to the community as water, trash collection and street lights.

In 1946, the Surf Deck was added to front beach. The popular teen hang-out, operated by W. Lee Hartmann, offered dancing, bath houses, beer and refreshments, sunbathing atop the building and night bathing thanks to a flood lighting arrangement for the beach.

In August of 1951, the isle of Palms airstrip and landing field was completed, built by the South Carolina Aeronautical Commission. The 1,800-foot by 135-foot runway, located on the banks of the Inland Waterway, had a crushed oyster shell surface that extended the length of the field.

On Jan. 13, 1953, the island was incorporated as the Town of Isle of Palms, with Walter I. Chapman, Jr. as the town’s first mayor. A total of 121 residents voted in favor of incorporation, while 68 opposed it at the poll’s one voting machine housed at the Isle of Palms Exchange Club.

On July 3, 1953, the famous Isle of Palms fishing pier on the front beach was opened to the public. It was the longest fishing pier in South Carolina, reaching 1,000 feet out into the Atlantic Ocean, erected by the Beach Company. It had a concession building at the shore end of the pier which carried fishing equipment for rent or purchase, a snack bar and restrooms. Fishing privilege cost 65 cents per day, and the pier was equipped with sinks for the convenience of fishermen who wished to clean their catches on the spot.

On March 27, 1956, the new Breach Inlet Bridge was completed. The bridge was built to replace the 30-year old wooden bridge that connected Sullivan’s Island to the Isle of Palms. The new bridge, 26 feet long, included new 4.5-foot sidewalks on either side for pedestrians and fishermen.

In 1972, Finch Properties purchase a 1,600-acre site on the northeastern tip of isle of Palms from J.C. Long. It was first named Isle of Palms Beach and Racquet Club. Today it is known as Wild Dunes.

Official talk of an Isle of Palms connector began in 1973 when local, state and federal agencies met to discuss improving traffic service. Debate continued to flare throughout 1977 as concerned citizens and state and federal representatives discussed the economic, residential and environmental outcomes.

In the spring of 1985 the Isle of Palms airstrip along the Inland Waterway was purchased by Wild Dunes and converted into a golf fairway.

Sept. 22, 1989, the eye of Hurricane Hugo passed directly over the Isle of Palms. It was one of the most destructive hurricanes to hit the United States, damaging more than 95 percent of the buildings on the Isle of Palms and forcing the evacuation of all but three families who stayed at their own risk. Property damage was estimated at $100 million.

Following Hurricane Hugo the city undertook a capital improvement plan which called for the construction of a new municipal building to house police and city hall functions, two new fire stations and a public works building for maintenance of vehicles.

Jan. 10, 1993, the city celebrated its 40-year anniversary of incorporation in a weekend of festivities called “Island Celebration.”

History was again made on Oct. 2, 1993, when the Isle of Palms connector was opened as the first fixed span bridge to link the Isle of Palms directly to the mainland. The first stoplight on the island was erected on Palm Boulevard at the mouth of the connector, acting as the gateway over the Intracoastal Waterway to Mount Pleasant, downtown Charleston and other destinations.