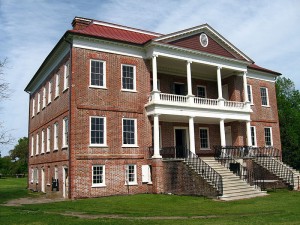 Drayton Hall has survived two wars, an array of hurricanes and a major earthquake and today serves as a reminder of the splendor of the Old South.

The only plantation on the Ashley River to remain intact from Colonial times until the 21st century, construction on the main house got underway in 1738. From that time until 1974, when the property was sold to the National Trust for Historic Preservation, the lives of seven generations of Draytons mirrored the history of South Carolina.

At various times, they grew rice, cotton and indigo and mined phosphate. They took sides in the Revolutionary War, especially William Henry Drayton, who served as president of the South Carolina provincial congress, served as South Carolina’s first chief justice and was appointed to the 2nd Continental Congress.

His allegiance to what would become the United States of America probably cost him dearly. The British occupied Drayton Hall in 1780, remaining on the plantation until 1782, when Colonial troops led by Gen. Anthony Wayne arrived. The house survived the war, but its fields and ornamental gardens had to be rebuilt.

Charles Henry Drayton III and Francis Drayton sold the house and 125 acres to the National Trust For Historic Preservation and the rest of the land to the state of South Carolina in 1974.

Today, visitors can see the main house and grounds of Drayton Hall, located nine miles northwest of downtown Charleston on scenic Ashley River Road, from 8:30 a.m. to 5 p.m., with slightly shorter winter hours. Tours begin on the hour and at 4:30 p.m.